I recently “re-established care” after not seeing a regular doc for over two years. Long story short, my old doc sucked and then life was happening, and here we are.

Anyway, after nothing for two years now I have all kinds of appointments and preventive care stuff and one of them happened to be a treadmill stress test because I was having some palpitations and not the kind I get when I see Chris Hemsworth’s half naked body in Thor Ragnarok.

How bad could it be? I’m a runner, I have a treadmill, right?

I was picturing a room like a gym with some totally high end treadmill set up like this: 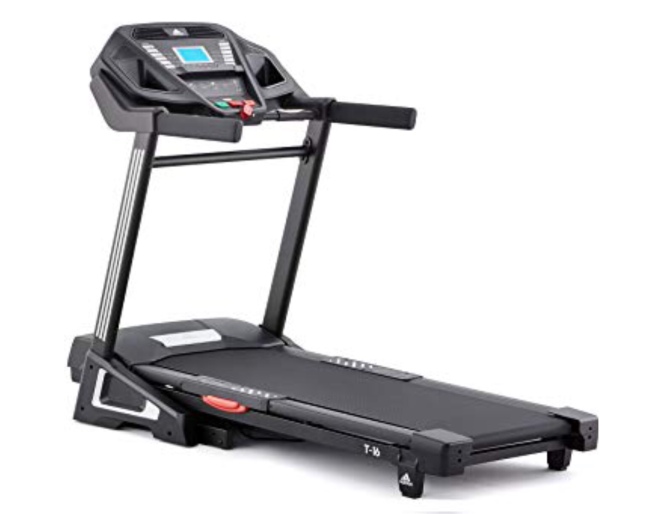 But I entered a super small room with a hospital bed, a monitor and a treadmill that looked like this: 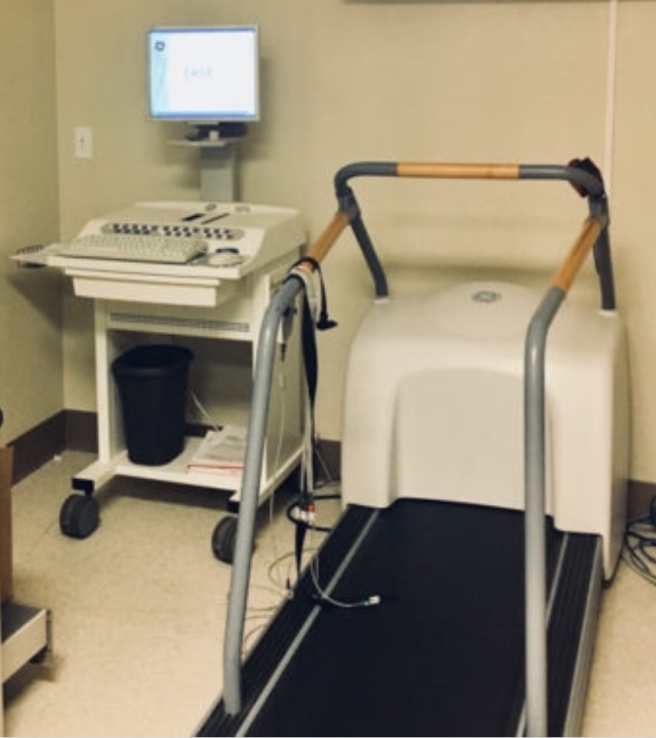 And it was placed in the corner.

The first thing they wanted to do is do a resting EKG, so I was told I would have some privacy to undress from the waist up and put a gown on opening in the front.

I have to run sans sports bra?

With the gown open?

But the techs were gone before I could ask so I hurriedly took off my dry wick shirt and sports bra and tied the gown around me, which was a total waste of time because they just untied it immediately after I said I was ready.

I laid on the bed and the techs placed all of the leads. They asked if I was a runner, how far I had run, yada, yada, yada.

Little did I know this was a trick.

After the resting EKG, I was told that a dude, we’ll call him MAJE for Most Awkward Job Ever, came in to do an ultrasound of my heart.

Not gonna lie. He came in and the techs dimmed the lights and left the room and I panicked just a smidge, but Maje asked what I did, and after I told him he made the joke, “Well, now I know why you’re stressed!”

I’m pretty sure I could have said I was a professional kitten cuddler and his response would have been the same.

So out comes the gel and gloved hands and I’m on my side and he’s got the tool and he’s only half looking at me and more looking at the screen and he’s rocking me back and forth to get a good image.

It was like high school sex all over again, except the Red Wings weren’t playing.

Anyhoo, it turns out my heart is an asshole that doesn’t want to be photographed. After moving my boob around and around and pressing the wandy-thing into my rib cage he asked if I had pectus excavatum which is where your breastbone goes all concave between your boobs instead of flat and before I could say yes, he looked and said, “Oh yeah, there it is!” and I think in certain countries that means we’re married now, which is awkward because I already have a hard time remembering my anniversary with my first husband.

So now there’s an issue. Time to bring in reinforcements. Not for me though, for Maje who feels bad that he can’t see all of my heart, and I was like, It’s just shy and doesn’t know you well yet, but he didn’t buy it and went to get another tech.

This tech had a super strong Slavic-like accent which could have been soothing except she kept saying “You, see ok?” at the end of each sentence. She couldn’t see my heart either, so she left me a $20 on the hospital bed and told me to get myself something nice.

Ok, so she didn’t leave me money, but after the second groping, I really felt like I earned it.

Maje finally gave up and said his images were good enough. Good enough? It’s my heart, not a school picture, but I guess that was all they could do and at this point there was no way I was rescheduling.

Now it was time for the treadmill. The techs came back in and they all marveled that I was actually dressed to run and then I started feeling like an idiot because I sensed a trap. One of the techs wrapped a belt around my waist so I didn’t trip over the leads and I almost asked if I could tuck my boobs in there too, but decided against it and hoped for the best. Plus, they were all gunky from the gel so I prayed they’d just stick to my body. Once I was strapped in, she used a piece of scotch tape to close my gown.

Presents wrapped by a two year old are more stable than this. A single piece of tape is going to hold the gown closed so my boobs don’t flail around wildly like two half-filled water balloons? I think not.

Just for context, I’ve had two kids. The ONLY stretch marks I have are on my boobs. From engorgement. They aren’t pretty and I try to keep them under wraps at all costs. If I go braless, I’m like one of those National Geographic women who look like they have pouches attached to their chests.

I had no choice, so I got on the treadmill with both techs and Maje watching. There was no speed or incline indicator. It was all automatic, so each stage was three minutes at a speed and incline, and every three minutes both increased.

At first it was ok. The speed was brisk and the incline up, but I could walk and still just breathe through my nose and talk just fine. Simple. Boobs were just swaying like leaves in a summer breeze.

Then there was a beep and the speed and incline increased. Still ok, I was walking fast, but was now breathing out of my mouth and talking was a little bit more difficult. I wondered if the gown was still closed and if my nipple might poke the tech in the eye.

Before it could beep again, one of the leads was malfunctioning because it was jacked up from all the gel. Of course it was a lead on my side next to the wall.

The time ended and the speed and incline jacked up again. Now I had to run, on an incline that felt like Everest, and they wanted to change the lead while I was running. Fuxcuse me? I was afraid I was going to fall off the damn thing and my legs were about spent, so I quit.

So much for my running background…

Then it was back on the bed and there was blood pressure being taken, images of my asshole heart and EKG going. Honestly it was a little like an ER episode without a gang busting in to avenge a fallen brother.

Finally, it was over. They had all the data they needed and I was given the ok to dress and leave. The tech told me not to feel badly, that the average time is between 6 and 12 minutes.

I hope I get a cut of the profits.

One thought on “The stressiest stress test”